Welcome to our latest look at the 10 biggest trends in the world of antitrust.

2020 turned out like few, if anyone, had expected. With the fallout from the pandemic sure to linger for some time yet, there will continue to be difficult times in 2021 but there is at least the promise of a more stable global political environment and, driven by vaccine successes, the beginning of a global economic recovery.

Antitrust policy and enforcement is now mainstream news. In 2020, it has been front and center in discussions about large tech players and digital markets; it features as a core issue in the debate on sustainability; it arose in the initial response to the pandemic with authorities releasing guidance to allow a degree of cooperation for essential goods and services like groceries and medical equipment; it remains a key consideration in global trade negotiations and EU/UK relations; and antitrust policy even emerged as a central theme in the United States presidential election. This central role for antitrust is expected to continue into 2021 as governments assess the role of competition policy in advancing societal goals relating to environmental sustainability, data and technology, and reciprocity in international trading relationships.

Antitrust is higher on the agenda of our clients than it has ever been before. Rapidly developing laws and policies are permeating more aspects of our clients’ core business interests, and are often critical to their strategic plans. Our global antitrust group remains at the top of its game – advising at the forefront of complex deals, investigations and litigation. We are delighted to share our collective insights from this experience in our ‘10 Key Themes’ report, which I hope you will find as useful as always in navigating these issues in the year ahead.

The disruption wrought by the pandemic has been kind to some sectors (such as tech) but very hard on others (such as aviation, hospitality and bricks-and-mortar retail). As a result, many firms are reassessing their business models. For the ‘winners’, this may involve making changes to preempt antitrust scrutiny or respond to new regulatory requirements. But for all businesses – winners or not – it’s about becoming more resilient to future shocks.

To put themselves on a more sustainable footing, companies could, for example, reshape their supply chain or diversify their offerings. This could mean acquiring or collaborating with a competitor. But that also of course means inviting antitrust scrutiny.

The traditionally high level of information sharing between the United States competition authorities and their counterparts in the EU and other parts of the world dipped during the Trump administration. Under Joe Biden, who is keen to rebuild relations with America’s traditional allies, it should recover.

In Europe, Margrethe Vestager has suggested building a common transatlantic understanding of "fair competition" in the technology space in order to create a global standard. While attractive to some, the plan is ambitious because a consensus will not only require support in the United States, but also from other leading agencies such as the UK’s Competition and Markets Authority (CMA).

With the UK now fully detached from the EU in the antitrust enforcement sphere, the CMA has a say over transactions that previously fell exclusively to the European Commission (EC). The CMA won’t of course operate in isolation. But enhanced cooperation doesn’t necessarily mean that the CMA will agree with its peers, as demonstrated by its increasingly assertive approach.

When it comes to updating antitrust rules for the digital age, the EU leads the way. Its proposed Digital Markets Act (DMA) for example will introduce new obligations for "gatekeepers" regarding practices that "limit contestability or are unfair" and will empower the EC to impose structural and behavioral remedies for non-compliance. Such a major overhaul of competition law may be less likely in the United States, although the Biden administration is expected to pursue some antitrust reform and be more aggressive in antitrust enforcement than its predecessor.

One thing is clear, however, and that is the agencies will surely keep the tech sector at the top of their lists. In the past, buyouts of start-ups by the larger tech players were, by and large, not caught by merger control rules because they were either not reportable or not deemed worthy of further investigation. But future acquisitions by "big tech" should expect more scrutiny, regardless of the size of the target. In the Asia-Pacific region, draft antitrust guidelines for enforcement in the platform economy have been released in China, a new monitoring mechanism for certain large platforms will commence in Japan and developments in Australia regarding antitrust in digital markets continue to make headlines.

Enforcement and intervention are also likely to increase in other key consumer-facing or innovation-led sectors. But it won’t just be about consumer harm in the traditional economic sense. The pandemic has highlighted issues around national economic resilience and vulnerable consumer groups. As a result, agencies are likely to set their policy lens more widely in determining which cases to bring.

Emerging from the pandemic, there is an acute awareness in boardrooms of environmental, social and governance concerns and the role that sustainability will play in the recovery. Policymakers are increasingly seeking to incorporate sustainability into antitrust frameworks, and so these considerations will likely remain relevant into the post-pandemic era.

Read on to explore these themes and more. We will be hosting a number of events throughout the year. If you are interested in joining the discussion, please speak to your usual contact in our antitrust, competition and trade team.

On behalf of everyone at Freshfields, wishing you a healthy 2021. 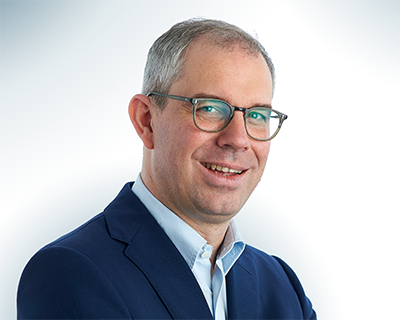 Essential Antitrust #9: Antitrust in 2021: is your business prepared for a tougher enforcement environment?