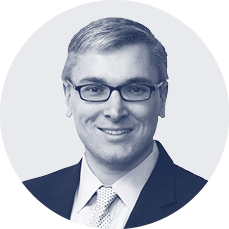 In 2020 there are likely to be important developments in the way many countries tax cross-border business. In particular, US corporations that provide goods and services to European consumers through the internet, rather than a local presence, are likely to face increased foreign taxation.

There has long been a consensus among developed countries – implemented through bilateral tax treaties – that companies should not be subject to tax in a country unless they have a physical presence there. This model functioned well in a global economy where most services were performed locally and the value of goods derived mainly from tangible assets and “bricks and mortar” facilities. However, many countries are finding the results of this system unacceptable in a modern context, where services can be provided remotely via the internet and the value of goods is often dependent on intangibles with no physical location.

“Market” countries are often unable to tax the profits multinational groups derive from sales in their jurisdictions. In response they have begun to unilaterally impose new levies.

Under the old model, “market” countries – that is, economies that are net consumers of remotely provided services and goods whose value depends on intangible assets – often find themselves unable to tax the profits that multinational groups derive from sales in their jurisdictions. In response, they have begun to respond by unilaterally implementing new levies.

For example, in July 2019 France enacted a new digital services tax (DST) of 3 percent on revenues from “digital services” earned by large multinational companies operating within its borders. In 2015, the United Kingdom adopted a 25 percent “diverted profits tax” (DPT) on profits that the UK tax authorities determine to have been diverted from the UK through “contrived arrangements” that erode the country’s tax base. Elements of the 2017 US tax reform were also aimed at transactions that shift profits from doing business in the US to related foreign parties. In particular, the “base erosion anti-avoidance tax” (BEAT) limited US companies’ deductions for base-eroding payments to non-US affiliates, effectively insuring some US tax on the profits used to fund these payments.

To forestall such unilateral action by individual countries, the Organization for Economic Cooperation and Development (OECD) and the G20 have been working to build a new consensus model for international taxation. In 2019, the OECD engaged in a major project to develop an international consensus on new principles for the taxation of multinational enterprises. Its proposals fall into two broad categories, known as Pillar One and Pillar Two.

Pillar Two contains proposals for global anti-base erosion taxes, that is, new rules to prevent tax evasion and ensure that profits are taxed at a minimum level in at least one jurisdiction. It proposes a minimum tax similar to the new US levy on “global intangibles low-taxed income” (GILTI), and a rule denying deductions for certain cross-border payments comparable to BEAT.

The more far-reaching changes however are in Pillar One, which proposes a new taxing right not based on physical presence. Under this system, a portion of a multinational group’s “deemed residual profit” would be taxable in market countries, regardless of the group’s physical presence there. The amount subject to tax would be determined based on a pre-agreed formula (e.g. a percentage of sales). The deemed residual amount would be profits above a baseline level. However, most of the detail of Pillar One – including, critically, the methods for determining deemed residual profit, baseline profit and the scope of applicability of the proposals – is yet to be determined.

To respond to unilateral measures that have already been taken, as well as to anticipate the effect of implementation of OECD proposals, US-based multinational groups should do the following.

Evaluate how unilateral tax measures, such as the French DST or UK DPT, affect their business models and international structures.

Reconsider how their global structures for marketing and distributing goods and services may be affected by proposed OECD rules.

Consider whether a foreign tax credit against US tax will be allowed for new foreign taxes, and how both the unilateral measures and the OECD proposals described above could otherwise affect their US tax liability.

The US is actively participating in OECD discussions on the Pillar One and Pillar Two proposals, but appears to be approaching any potential changes warily. It has also reacted strongly against the imposition of some unilateral tax measures, for example imposing trade sanctions on France in response to its DST. The risk of such uncoordinated responses to unilateral action by market countries is driving international cooperation. Thus, the OECD intends to finalize an agreed multilateral approach by the end of 2020. This will not have the force of law, but is likely to strongly influence law-making in many countries.

Cloud computing: how US rules are adapting

US rules for taxing cross-border transactions have similarly struggled to keep up with the digital economy. The increased importance of e-commerce and intangible assets make it easier for multinational groups to determine where their income is treated as earned, facilitating the shifting of profits outside US taxing jurisdiction. In partial response, the government substantially revised its international tax rules in 2017 as part of the Tax Cuts and Jobs Act (TCJA), adopting new provisions such as the global intangibles low-taxed income (GILTI) rules, foreign-derived intangibles income (FDII) rules and the base erosion anti-avoidance tax (BEAT). Each of these mechanisms addresses the incentives for multinational groups to move intangibles and profitgenerating functions offshore.

The US Treasury has recently proposed new rules to help protect US taxing jurisdiction over income from an increasingly important form of e-commerce: cloud computing. Sourcing rules are critically important in the US tax system, and these provisions would change how the US tax system determines whether cloud computing income is treated as “US source” rather than “foreign source”. For foreign taxpayers, income is generally only taxed if it is treated as “US source”, although for US taxpayers (who are in theory subject to tax on even non-US source income), sourcing rules are also important. If their income is treated as foreign source, creditability of foreign taxes is increased and the burden on income earned through foreign subsidiaries is reduced.

Historically, the US tax system has applied different source rules to income from services, sales, leases and use of intangible property. These mechanisms do not work well for e-commerce transactions (which often don’t fit into one category alone), making determination of source unclear or easy to manipulate.

What constitutes a “cloud computing transaction” under the new rules is broad, covering everything from infrastructure as a service to streaming digital content.

The proposed rules do not change the importance of classifying a transaction in working out what source rules apply, but they do provide new guidance for making that classification. They determine whether transactions are leases or services with a multi-factor test; IaaS and PaaS would generally be classified as leases, whereas digital streaming or access to digital content would generally be treated as a service.

Income from such leasing would be US source where property is used in the US; the source of services income is left unclear but under existing law it would presumably be non-US if the services are provided outside the US. However, the most important of the new rules in practice would be the one that applies where digital content is treated as sold (rather than leased or provided as a service); the sale will be deemed to occur where digital content is downloaded (i.e. where the end-user’s device is located).

Thus, non-US businesses that offer downloadable content to US customers will have US source income and thus potentially be subject to US tax. While treaty-eligible US sellers may be unaffected so long as they lack a physical presence in the United States, many non-US providers of digital content will not be eligible for treaty relief. As a result, this change will increase tax on offering downloadable content to US customers.

The cloud computing regulations are still only proposed and are not guaranteed to become law in their current form; the US Treasury has requested comments and likely will revise the rules in response before finalizing them. In particular, the sourcing of streaming digital content is an area where further guidance is expected. Multinational businesses should:

examine how the proposed regulations could affect their business, including how cloud computing transactions generate revenue and how digital services are used by the business;

reconsider tax structuring for group entities that consume or provide digital services; and/or

The most important of the new rules may mean non-US businesses that offer downloadable content to US customers will be subject to US tax.