Where will campaigns focus next? 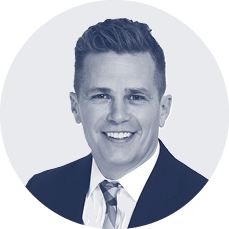 While activist campaigns were down slightly year-on-year in 2019, stockholder activism remained a prominent tactic. Looking ahead to 2020, there is no reason to suspect a further decline. Activists notched some big wins over the year, notably Elliott in its campaign at AT&T, which saw the telecoms conglomerate announce it would conduct a full review of its portfolio, not make any further major acquisitions, add two new directors and separate the CEO/chair roles after the current CEO retires.

While each situation is different, several themes emerged during the year.

Elliott was able to effect change at AT&T with a $3.2 billion stake that only slightly exceeded 1 percent of the company’s market cap, while eBay and Cerner were also targeted in 2019. One significant advantage for the activists in hunting "big game" is that the market cap of these companies – as well as the depth of the liquidity in the public markets – permits relatively quick exits once they have achieved victory. Some activists have struggled to unload investments in mid-cap companies over a number of years, suggesting large-caps will continue to be targeted thanks to their strong exit potential.

Several companies had to contend with activists last year after they announced a large acquisition. Carl Icahn is seeking to elect four directors to the board of Occidental Petroleum and make sweeping governance reforms following the company’s announcement of its $38 billion deal to acquire Anadarko without stockholder approval (topping Chevron’s $33 billion bid to buy the shale oil company). Likewise, Paulson & Co announced it would vote against Callon’s acquisition of Carrizo Oil & Gas, and United Technologies was criticized by Third Point for its merger with Raytheon. For public company buyers, selling the deal to the Street – demonstrating how the acquisition fits with the company’s strategy and why the price is right – has long been an important element of the buy-side M&A process and is now even more essential. It also potentially presents heightened risk for targets, particularly if the buyer needs a stockholder vote to complete the deal.

We are increasingly seeing activists advocating, straight out of the box, for the sale of entire companies. The pretense that the activist brings operational brilliance is disappearing rapidly.

Going straight for the M&A endgame

A regularly used playbook by activists had been to advocate for operational and capital allocation reforms and then, when these brilliant ideas from the Park Avenue offices of hedge funds failed to spark a turnaround, push for a sale of the company. Since the unexpected success JANA achieved with the quick sale of Whole Foods, we are increasingly seeing activists advocating, straight out of the box, for the sale of entire companies. Break-ups, divestitures, and accretive combinations are also on the agenda, but the pretense that the activist brings operational brilliance to the boardroom – as opposed to just a voice pushing for a quick all-cash sale – is disappearing rapidly.

As money continues to move into passively managed index funds and ETFs, actively managed funds are feeling the heat to distinguish themselves. Increasingly they are turning to activism to do so; in 2019 we saw campaigns by Wellington (which was given standalone voting authority from Vanguard in 2019), T. Rowe Price and Neuberger Berman, among others.

First-time activists are getting in on the hunt

While the headline-grabbing stories tend to be those involving the brand-name funds, first-time activists are emerging at a steady pace. They often have similar objectives (and pursue similar tactics) as more established activists, and are often even founded by departed executives from older funds. However, these newer activists are eager to make a name for themselves and see their first engagement as a route to build their reputation and credibility. The rate at which they are appearing suggests an active, enduring market with sufficient capital to sustain new entrants.

First-time activists are emerging at a steady pace. They often have similar objectives as older funds – but are keen to make a name for themselves.

Activists continue to flex their operational strategies in ways that make them more nimble and agile. Several funds (Trian, Mantle Ridge, Third Point) are in the practice of establishing “single name” funds or special purpose vehicles (often called sidecars) to raise money for a particular investment. These sidecars can give activists access to more cash than they would normally want to be responsible for deploying, allowing them to pick their spots when going after bigger companies from time to time. Activists have also continued to use derivatives to secretly build their positions, notably in Mantle Ridge’s campaign at Aramark.

Q3 2019 saw the greatest number of campaigns on record in Europe, with activity shifting away from the UK towards Germany, Switzerland, France and, to a lesser extent, the Benelux countries. Several of those involved are familiar faces (including Elliott, Trian and Third Point) and they often employ the same strategies they use in the US. We expect this dynamic to continue in 2020 – especially if there is dispersion among European companies in terms of how they are affected by Brexit and other headwinds.

Given this sustained activity, boards and management need to:

have confidence in, and understand, their standalone strategic plan;

effectively communicate to investors the superiority of this plan relative to alternatives;

consider whether and how to address investor misunderstandings and concerns about the strategic plan, either through better disclosure or reforms;

strike the right balance between the company’s “good governance”, and defense and preparedness, profiles – taking into account that this balance will be determined by each company’s specific circumstances; and

engage with shareholders to explain the fact-specific justifications for what they may perceive to be “good governance” shortfalls and any plans for addressing them.