No other deal in 2018 attracted as much interest as the battle between Comcast and 21st Century Fox for control of Sky, the UK broadcaster and telecoms company.

At Mergermarket's Europe M&A Awards 2018, the transaction received 'Deal of the Year' and helped Freshfields win the 'UK M&A Legal Adviser of the Year' accolade. It also helped us win competition and regulatory team of the year at the 2019 Lawyer Awards.

A year later, Disney announced an agreement to acquire certain Fox assets, including its interests in Sky. Comcast was interested in pursuing this deal too.

Following a fabled conversation between a London cabbie, who was a big Sky Sports fan, and Comcast CEO Brian Roberts, the US cable giant turned its attention to acquiring Sky directly, and asked Freshfields to help.

Fox was already 20 months into its bid so speed was crucial.

In February 2018, Comcast announced a rival bid at £12.50 a share. Needing clearance as quickly as possible, we worked with the legal team at Comcast and its parent NBCUniversal to develop an engagement strategy that would put Comcast on a level playing field with Fox.

With no precedent for Comcast’s situation, this was no easy task. The company was relatively unknown, and it was critical to persuade the UK Department for Digital, Culture, Media & Sport and the UK media regulator Ofcom that Comcast’s acquisition of Sky did not give rise to any media plurality or broadcasting standards concerns. (Had such concerns arisen, the Secretary of State may have intervened in the deal.)

We also made a series of legally binding post-offer undertakings to the UK Takeover Panel and used a deed poll so that Comcast was able, voluntarily, to give the exact same commitments as Fox to preserve Sky’s editorial independence.

Our strategy paid off. On 5 June 2018, DCMS confirmed it would not intervene in Comcast’s bid for Sky.

That same day, it announced that it would permit Fox’s bid to proceed – if Sky News was divested. Ten days later, Comcast’s bid was approved by the European Commission unconditionally after what had been a thorough, but relatively quick, investigation.

But there were still other tricky matters to consider, such as:

Navigating these issues successfully allowed Comcast to compete for Sky on the basis of price alone. In July, Fox posted a new bid of £14 per share; we immediately responded with £14.75.

As neither offer was final, to resolve the outcome, the Takeover Panel took the unusual step of mandating a one-day, three-round blind auction. Comcast prevailed with its bid of £17.28 per share, compared to Fox’s £15.67.

Despite the auction win, one side still needed to own at least 50 per cent of Sky for outright victory.

What no-one wanted was a stalemate where neither side could clear this hurdle, so we worked with Comcast and our co-advisers to keep the pressure on Fox to fold.

After Comcast announced it had acquired 37.6 per cent of Sky’s shares in a single day’s trading, Fox agreed to sell its 39 per cent stake to Comcast; Comcast later reached the 90 per cent threshold necessary to compulsorily acquire the remainder.

Comcast was delighted to have acquired such a high-profile asset that has enabled it expand into new territories and widen its content. And as Brian Roberts commented, the acquisition ‘paves the way for us to accelerate investment and growth in Sky’s brand and premier platforms’. 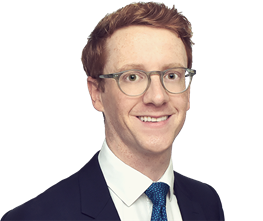 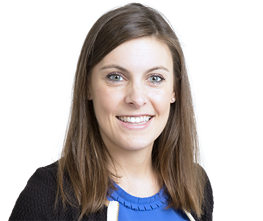