The world’s forests are under threat and it is estimated that 12-15% of global GHG emissions come from forest destruction, especially in the tropics. Unsustainable practices such as logging and conversion of forest land to agriculture can destroy precious forest ecosystems with only short-term economic gain. Enhancing the economic value of trees can help keep these vital ecosystems intact.

Recognising the need to provide positive economic incentives for protecting forest, the UN created the REDD+ mechanism. REDD+  stands for "Reducing Emissions from Deforestation and forest Degradation”. The goals of a REDD+ project are firstly to reduce GHG emissions caused by deforestation and forest degradation and at the same time to protect biodiversity and provide economic benefits for local communities living in and around the forest area. 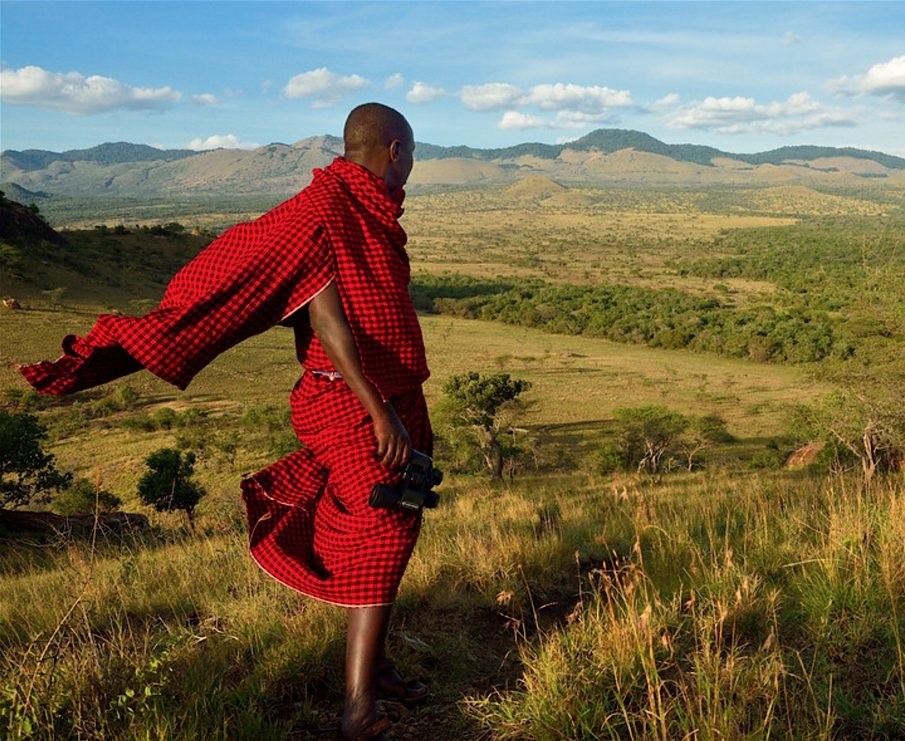 Nestled in the shadow of Mount Kilimanjaro and rising from the lower lying savannah and woodlands, the Chyulu Hills are capped by a lush tropical cloud forest. Home to the Maasai on one side and the Kamba on the other, the Chyulu Hills are also a critical wildlife corridor linking a mosaic of  protected areas and community lands stretching over 30,000 sq km that together make up one of Kenya’s three great remaining large wildlife landscapes. They support the largest population of elephants in the country, are a critical refuge for black rhinos and the full variety of East Africa’s most iconic and charismatic species.

In 2011, a group of organisations led by Conservation International and Maasai Wilderness Conservation Trust started developing a REDD+ project for the Chyulu Hills landscape. As in many conservation areas, consistent and inadequate long-term funding has long been a challenge with over-reliance on eco-tourism and philanthropy with both sources often tending to be insufficient and unpredictable. Funding from the sale of carbon credits was seen as an attractive additional revenue stream that could expand the funding available for conservation and community support and reduce its unpredictability. Freshfields has been advising Conservation International on its involvement in the Chyulu Hills REDD+ project since 2014. Key to the success of the Chyulu Hills initiative was bringing a consortium of nine local groups and organisations together. Six of these organisations between them have title to all the land in the REDD+ project area. These are four indigenous Maasai community groups who have communal ownership of their land, the Kenya Wildlife Service and the Kenya Forest Service. In addition there are three local NGOs that work with the land owners to support conservation and community programs (the Maasai Wilderness Conservation Trust, Big Life Foundation and the Sheldrick Wildlife Trust).

One of the requirements for a REDD+ project is that there is a single entity, called a “Project Proponent”, that can demonstrate a level of coordination or control over project activities and some legal basis for claiming rights to the emissions reductions that equate to marketable carbon credits. The Project Proponent also has the de facto rights to operate the registry on behalf of the project and therefore has control of the key marketable assets.

In collaboration with the local Kenyan firm, Raffman Dhanji Elms & Virdee, who also provided pro bono services, Freshfields advised on a structure that would be suitable to fulfil the role of Project Proponent. The result was the Chyulu Hills Conservation Trust of which each partner organisation is a Trustee and appoints a representative to the governing board. Freshfields advised on the governance and structure of the Trust to maintain the rights of each stakeholder, particularly the local communities, and provide the framework for the fair and equitable distribution of benefits and drafted the Deed of Trust.

In Kenya there is no specific law relating to ownership of carbon credits. There was one project already in existence that set a precedent arguing that carbon rights follow title (the position in Kenya with respect to timber and mineral rights). In return for becoming a Trustee, each partner also signed a Deed of Assignment of their carbon rights to the Trust. On this basis the Project Proponent met the requirement that it could demonstrate its claim to the carbon rights. In 2017, the Chyulu Hills REDD+ project began selling it carbon credits and sales have now reached over £8,000,000. This type of carbon credit which not only allows customers to offset their carbon but also produces social and ecological benefits is highly desirable in the market and, due to the stringent verification and rigorous validation standards, REDD+ carbon credits can also command a higher price than many others. Proceeds from the sale of the carbon credits have helped fund a wide range of environmental and social projects in the region. For example, the funds have helped to hire, train and equip rangers, maintain their vehicles, build roads and schools, provide bursaries for school children, rehabilitate wetlands and plant trees. The additional income stream has also lessened the impact of COVID-19 lockdowns and travel restrictions on the area. These restrictions decimated ecotourism in Africa in 2020, depriving local communities of life-sustaining revenues. Although in other areas wildlife poaching has increased  — driven by desperation for food and income, or by profit, and exacerbated by weakened enforcement efforts, the partners in the Chyulu Hills project have been able to maintain their protection activities as a result of carbon credit revenue.

According to Samson Parashina, Chairman of the Chyulu Hills Conservation Trust, who is from the Maasai community, this steady stream of income from the sale of carbon credits — both before and during the pandemic — has been transformational” for local communities. “In the past, NGOs or other organizations have often come in and tried to tell communities what they need. The Chyulu Hills REDD+ project is different. The communities are making the final decisions on how revenues from the sale of carbon credits are used based on their priorities. The impacts have been life-changing.”

You can find further details on the project site here.

Part of the project also involved working with communities to help them establish more than 630 beehives across the region. Along with providing jobs for community members — particularly women, who have historically lacked job opportunities in this region — the increase in pollinators has also helped boost crop growth in farms and support restoration in the surrounding savannas and forests. It also has an added bonus of reducing conflicts between humans and elephants. Elephants are not big fans of bees, so setting up beehives along fences around a farm or house keeps elephants away without harming them.

“We have been able to sustain our families during this drought season through the bee keeping income. Our children did not sleep hungry or lack school fees thanks to the Carbon project. We have recently been taught how to take care of the hives therefore we expect to have more production in the coming days and reduce dependence on men by starting our projects.”

The fact that this project managed to overcome the practical and legal hurdles thought to be a barrier to projects of this nature has led to it being used as a blueprint for other similar conservation initiatives across Kenya.