Before joining BP, the oil and gas giant, alumnus Colin Adams spent the best part of five years in Freshfields’ London office, first as a trainee and then with the antitrust, competition and trade (ACT) practice.

In 2007, he joined BP’s competition team before taking up the position of managing counsel for the London arm of BP’s oil trading division.

Ten years on from leaving the firm, he talks to us about starting out and a career involving multibillion-dollar deals at one end of the scale and confectionary sales at the other.

How did your career at Freshfields start out?

I confess I didn’t know much about the firm before joining as I didn’t go down the traditional law degree route. It was only later that I thought about a career in the legal profession.

The whole interview process with Freshfields was positive from start to finish and I chose the firm simply because it just felt ‘right’. It paid off as I ended up working in one of the world’s foremost antitrust practices and competition was the area of law I enjoyed the most.

What do your remember from your time with Freshfields?

One of my fondest memories is when a gang of us went to Austria for a long weekend skiing. On arriving at the airport on the Thursday, we found that our flight had been cancelled with no others available that day. But rather than give up, the group took on the challenge of rescuing the trip: someone booked us on flights the following morning; someone else found overnight accommodation near the airport; others contacted our hotel, transport and ski hire; and so on. We managed to get on the slopes by the Friday lunchtime. It was one big spontaneous team-building exercise – better than anything you might have done on a management training course.

My over-riding memory, however, is of working with smart people at the top of their profession. I learned so much from everyone – trainees, partners and everyone in between. Deirdre Trapp was head of the ACT practice when I joined: she trusted you to get on with things but was supportive when needed. Now I’m a manager, I try to remember that people generally do their best when they are given space to succeed.

These experiences meant I left Freshfields with a really solid technical grounding in competition law – indispensable during my first position at BP.

Tell us about starting out at BP

When I joined in 2007, I sat with BP’s competition team and dealt with issues that I’d come across while at Freshfields – merger control, behavioural work, state aid, anti-dumping and the like.

In the morning I could be looking at the antitrust aspects of a multibillion dollar oil-and-gas joint venture that contributed substantially to a country’s GDP; in the afternoon I could be dealing with questions around selling chocolate bars in filling stations.

What does your current role involve?

I’m responsible for a team dealing with legal matters that arise on the trading floor in Canary Wharf. Our London traders are buying and selling crude oil, refined products like diesel and jet fuel, and financial instruments, such as derivatives.

We have to deal with a range of issues, like finance, sale of goods, maritime law, trade sanctions, anti-bribery and corruption, and litigation. Thankfully, it’s not just me – I have 13 great people in my team all with very different skills. I rely on their expertise to make sure we support the business effectively.

Every day is different. You seldom get to concentrate on the things you planned to do that day because there’s always so much going on. It can be very intense but I’ve always enjoyed variety and a challenge. Luckily this role offers an abundance of both.

How does BP differ from Freshfields?

The big difference is that I no longer deal with one area of the law. With Freshfields, you went very deep into single issues. In-house, the work is broader. I have to quickly jump from one issue to the next, often making risk-based judgements using incomplete information.

The trade in oil and gas products is subject to myriad factors – operational issues, geopolitics, shifts in demand patterns, global economic trends, climate change and so on. So having this responsibility can be both energising and challenging. Some decisions have to be made very quickly; others have to be considered very carefully.

In general, it is vital that one stays alert to the challenges facing the business. BP’s business model has had to respond to low oil prices in the short term and the transition to a low-carbon economy in the long term.

Similarly, I expect that the challenges faced by Freshfields are different to those from recent decades. For example, it now faces fierce competition from not only other large law firms but also nimble start-ups providing lower-cost legal services.

Both organisations have to work in new ways to retain their position among the big players and remain relevant in their respective fields. 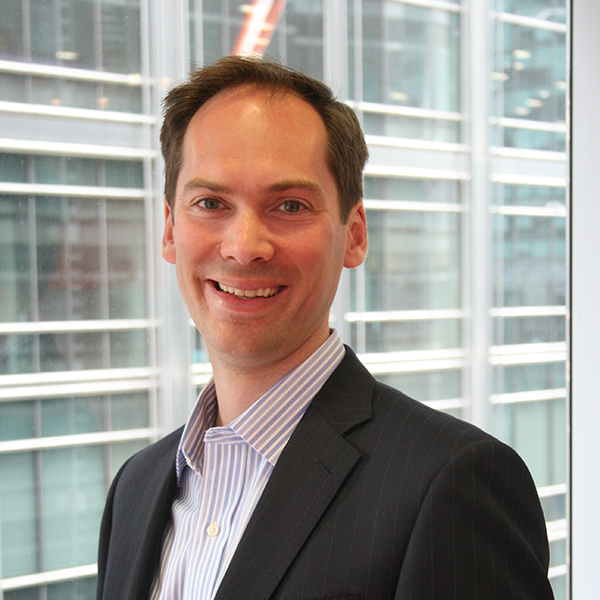