The future of globalisation

Just as COVID-19 is most dangerous to patients with an underlying health condition, so the pandemic’s greatest threat to the established world order is its potential to exacerbate existing geopolitical tensions.

A deep global recession driven by a pathogen spread by the movement of goods and people has the potential to ‘turbocharge’ disillusionment with open economies and free trade. For the US and China, COVID-19 is heaping further pressure on ties already strained in the battle for economic and strategic supremacy.

In the second of our ‘Beyond the Pandemic’ digital discussions, we were joined by a panel of international experts to assess the future of globalisation: Lord Peter Mandelson (former European Trade Commissioner and UK Secretary of State for Trade and Industry); Marvelle Sullivan (healthcare expert and dealmaker); Alexander Downer (former Australian Foreign Minister and now executive chair of the International School for Government at King’s College London); and Nabeel Yousef (sanctions and export controls partner in our Washington DC office). The highlights from their conversation follow.

Tensions between the US and China (as the world’s largest economy and its fastest-rising challenger) have been running hot for many years, albeit mostly in the background. However, these issues have been brought into the open with President Trump making a political play over China’s trading practices and long-term strategic and economic ambitions. China has played its part, becoming more aggressive under President Xi Jinping in the South China Sea and the cyber arena. COVID-19 has added fuel to a fire that was already burning, with Chinese diplomats adopting a ‘warrior-wolf’ approach – pushing back hard on criticism and resisting calls for an independent inquiry into the origins of the pandemic.

WATCH Alexander Downer on the looming battle over COVID-19’s origins:

Globalisation’s challenges are not economic but political. Frictionless international trade has expanded the ‘cake’ yet it hasn’t been divided evenly across the world. Strong leadership is needed to remake the argument for globalisation. With Roberto Azevêdo, current head of the World Trade Organization (WTO), announcing his decision to stand down right before our discussion kicked off, a window has opened up to do just that. However, our panellists felt that such a task would require a politician, rather than a technocrat, to take the role.

Our experts outlined three potential outlooks for globalisation – one positive, one negative and one somewhere in between.

In recent years, trade policy has been ‘weaponised’ in the relatively few areas where governments still exert control (for example sanctions, export controls and foreign investment reviews). In a post-COVID-19 world – with political rhetoric already shifting towards safeguarding ‘national resilience’ – this regulatory backdrop will become more challenging for multinational businesses.

Healthcare is a good example of the macro shifts we are seeing. Before the crisis, the key considerations for boards revolved around issues such as innovation and technology, supply chain security, balance sheet management and M&A. Now, healthcare companies are facing a future where more of their assets will be considered vital to national security. This has always been the case for vaccines to an extent, but COVID-19 is pushing these considerations down the chain to commoditised products such as basic protective equipment. The vaccine context also reflects the broader tension we are seeing between commercial considerations and national interests. The US, for example, generates
a large proportion of pharma companies’ profits – yet these companies are now having to navigate domestic politics when it comes to the supply of preventative treatments and therapies. It’s a complex dynamic.

The job of the WTO must now be to update the rules of international trade to accommodate not only China but the rise of new sectors such as e-services. The crisis represents an opportunity to rethink how global trade works.

Back to the top. 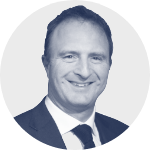 James Harding (Chair)
James is a co-founder and an editor of Tortoise Media. He started his journalistic career at the Financial Times before becoming the youngest ever editor of The Times newspaper in 2007. He later moved to the BBC as director of news and current affairs. Lord Peter Mandelson
Peter is a former European Trade Commissioner and UK Secretary of State for Trade and Industry. He is now chairman of the strategic advisory firm Global Counsel and acts as a senior adviser to Lazard, among others. Marvelle Sullivan
Marvelle is the founder and CEO of Marvelle Co, a co-investment firm focused on launching novel, high-growth businesses at the intersection of healthcare and technology. She was previously a managing director at J.P. Morgan in New York and global head of M&A at Novartis. 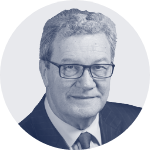 Alexander Downer
Alexander is Australia’s longest-serving Foreign Minister, holding the role from 1996 to 2007. He is now executive chair of the International School for Government at King’s College London and chairs the centre-right think tank Policy Exchange. Everything we do will help grow, strengthen and defend your business.