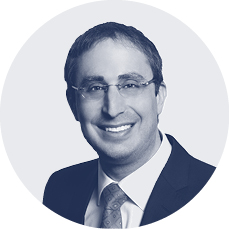 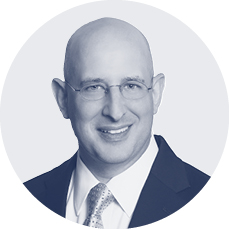 High investor demand for transparency on compensation program design will keep Say on Pay in the spotlight throughout 2020. The proxy advisory firms continue to enhance their voting guidelines with a clear focus on ensuring a strong orientation towards “pay for performance”, with ISS introducing an “economic value added” metric in its quantitative pay-for-performance analysis. Companies should be aiming for a Say on Pay vote that is supported by at least 90 percent of shareholders, and should expect to engage in meaningful outreach and provide robust proxy disclosure of the process. This should include the lessons learned from shareholder concerns and any compensation changes made in response, particularly where Say on Pay support falls below the 90 percent threshold.

Shareholder activism has been on the rise in recent years, with compensation-related proposals at the center of this movement. There is also a developing trend of proposals derived from employee shareholders, with new generations of workers more aggressive in challenging their employers in relation to social goals.

These shareholder proposals have attempted to address various topics, including inequitable employment practices, sexual harassment risk management, gender pay equity, gender diversity on boards, employee representative directors and other environmental, social and governance (ESG) factors. We expect boards and compensation committees to give increasing consideration to such factors when making compensation decisions as they become more important to stakeholders. This will require a careful balance with the more traditional financial and operational performance goals that are fundamental to the growth and success of any for-profit business.

Companies should aim for 90 percent support for any Say on Pay vote, and should expect to engage in meaningful outreach and provide robust proxy disclosure of the process.

Section 162(m) of the Internal Revenue Code imposes a $1 million cap on the deductibility of compensation paid to certain executives by public companies. Prior to the passage of the Tax Cuts and Jobs Act of 2017, Section 162(m) included an exclusion from the cap for commission-based and qualified performance-based compensation. For tax years beginning after December 31, 2017, the Tax Cuts and Jobs Act amended Section 162(m) so that, among other things, it will cover more executive officers and will no longer include these exceptions.

The Tax Cuts and Jobs Act provides an important transition rule (commonly referred to as the “grandfather rule”) for compensation offered under a “written binding contract” in effect on, and not “materially modified” after, November 2, 2017. Compensation covered by this rule is subject to the more favorable Section 162(m) rules that were in force prior to the enactment of the Tax Cuts and Jobs Act. On August 21, 2018, the Internal Revenue Service (IRS) issued Notice 2018-68 to address key questions regarding the scope of the grandfather rule. However, this notice left many questions unanswered and there remains a fair amount of uncertainty among practitioners as to the proper application of the rule.

In late December 2019, the IRS issued proposed regulations expanding on the guidance released in August 2018 to provide more clarifications on the grandfather rule and to further limit some aggressive positions previously being taken by taxpayers. Public companies should consult legal counsel regarding the impact that this new guidance may have on the deductibility of compensation paid under pre-existing contractual arrangements.

Outside the US, a new EU directive on whistleblower protection entered in force in December 2019, setting out a European framework that has far-reaching implications for global businesses.

The directive introduces “common minimum standards” to protect workers from retaliation if they report breaches of laws in specific EU policy areas. As a result, it comes with a limited material scope yet it establishes for the first time an international standard in the absence of any other law at EU or international level governing whistleblowing procedures.

It is similar in some ways to the US system, which has a well-established methodology for reporting misconduct that is reflected in industry practice and in the DOJ’s guidance from 2019. The DOJ guidance allows allegations to be reported either confidentially or anonymously, while the EU directive requires companies to protect whistleblowers’ identities and to respect data protection rights (in particular the right of individuals to access their personal data under the EU General Data Protection Regulation). The issue of whether anonymous reporting is permitted is left to the discretion of EU member states. In response to this shifting landscape, global employers should encourage internal whistleblowing and establish a single whistleblowing system across their operations.

The new EU Commission, which took office on December 1, 2019, has put better protection for gig workers high on its agenda. What this means in practice remains to be seen, but the Commission could go as far as to grant self-employed workers the same rights as full-time employees, including allowing them to enter into collective bargaining. Nicholas Schmit, the EU Commissioner for Jobs and Social Rights, has said he believes it is important to address new forms of precariousness in the labor market in preparation for future downturns in the digital economy, and has expressly referenced California’s Assembly Bill no. 5 – which was enacted in September 2019 – as an initiative he admires. The bill limits the ability of companies in the state to classify workers as independent contractors rather than employees.

Margrethe Vestager, the former EU Competition Commissioner who has been reappointed to an expanded brief as Executive Vice President for a Europe Fit for the Digital Age, has previously declared that gig economy workers are falsely labeled as self-employed. In her view they should be allowed to collectively bargain for their rights, and that if they did it would not constitute unlawful cartel behavior.

The EU Executive Vice President for a Europe Fit for the Digital Age, Margrethe Vestager, believes gig economy workers should be allowed to collectively bargain for their rights, and that if they did it would not constitute unlawful cartel behavior.

If this approach is implemented in the EU it would go against customary practice in the US, where collective bargaining for non-employees generally does not exist.