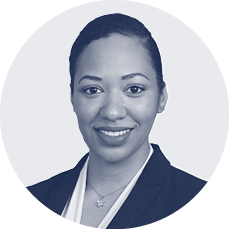 In recent decades the employees of a company have become, in many respects, one of its most significant assets. As a result, the ability to recruit, train and retain employees is becoming a measure of corporate success. Businesses with strong track records in this area are increasingly finding a competitive advantage in a labor market characterized by skills shortages, uneven wage growth and rapidly-changing technology.

It can be difficult to quantify the impact of an effective approach to human capital management (HCM), and companies have struggled with how to invest in and describe an area not directly reflected in their financial statements. However, investors recognize that part of a company’s market value is driven by intangible factors such as these – poor HCM practices have been associated with higher employee attrition rates and reduced productivity and product quality.

In response, companies and investors have focused on private ordering disclosure in the absence of mandated transparency, although these efforts have not yet coalesced around specific universal indicators or metrics. Having said this, in September 2019 the Sustainability Accounting Standards Board (SASB) announced its Human Capital Research Project, which will identify a framework of financially-material HCM issues.

Institutional investors, including BlackRock since 2018 and State Street since 2019, have also indicated that discussions regarding HCM are an engagement priority, with BlackRock focusing its HCM engagement on issues such as policies, diversity initiatives and compensation linked to HCM performance, alongside employee programs, diversity pay gaps, organized labor engagement and supply chain (including contractors and contingent workers, among others). State Street meanwhile is focusing on corporate culture “as one of the many, growing intangible value drivers that affect a company’s ability to execute its long‑term strategy”.

How are companies addressing HCM in their disclosure?

A 2019 analysis of Fortune 100 companies’ proxy statements by EY revealed that HCM disclosure remains limited and is often noted only as part of the description of committee responsibilities. However, there are early indications at the start of the 2020 proxy season that companies are devoting more resources to this area.

For companies that are beginning to address HCM disclosure there are a variety of options, including:

The SEC steps in?

In March 2019, the SEC Investor Advisory Committee (IAC) issued a recommendation to the SEC supporting expanded HCM disclosure to include:

In August 2019, the SEC released a proposal for rule amendments to modernize and simplify the description of business under Regulation S-K, which (in part) included human capital resources (e.g. recruitment, development, and retention) as a separate required disclosure topic if material to understanding the company’s business. The proposal has proved controversial; some issuers responded that the disclosure would be burdensome and without sufficient benefit, while some investors and others urged the SEC to expand the information requirements. This will be an area to watch in 2020 as companies begin to think about how they will modify their disclosure if the proposed rules are finalized.

In 2020 we expect HCM issues to be of growing importance to investors, employees, regulators and other stakeholders alike. As the number of constituencies focused on these issues increases, so does the diversity of the types of information that may be relevant to each. In addition, this challenge can have significant reputational consequences and an adverse impact on employee morale if mismanaged. For these reasons we believe it is critical for companies to ensure they are disclosing their HCM efforts and initiatives so stakeholders are fully apprised of what they are doing. They should proactively identify their most significant HCM-related issues and craft meaningful disclosure. It is also vital that they develop an engagement strategy that offers compelling information to stakeholders, rather than being reactive to requests for information that is not relevant to the company. Doing so can be an effective way to manage the multiplying requests for disparate information that companies receive in this area.