On Friday, April 6, the United States Department of the Treasury’s Office of Foreign Assets Control (OFAC) added 38 Russian oligarchs, officials, and businesses to its List of Specially Designated Nationals and Blocked Persons (SDN List), issued guidance on the application of these new sanctions, and published General License 12 and General License 13 for the wind-down of certain activities related to these SDNs. These new sanctions could have a significant impact on those doing business with these SDNs and the entities in which these SDNs have interests. These new sanctions may mark a new path for the implementation and interpretation of US sanctions targeting Russia due to the nature of the targets, the scope of prohibitions, and the potentially unpredictable after-effects.

Who is targeted by these new sanctions and why?

The new sanctions primarily target 24 individuals, 15 of whom had been identified as Russian senior political officials or oligarchs in a January 2018 report (referred to as the Kremlin List) prepared by the US Treasury Department as required under Section 241 of the Countering America’s Adversaries Through Sanctions Act of 2017 (CAATSA). The individuals represent only a small subset of the people included on the Kremlin List; most of the individuals on the Kremlin List have not been added to the SDN List, which may indicate that there could be additional designations in the future. These individuals include the presidents, chairmen, and owners of a number of major Russian corporations.  The new sanctions also target 12 companies owned by these individuals and two Russian state-owned firms that OFAC determined to be contributing to instability in Syria.  The new designations can be found here.

Under OFAC’s rules, these sanctions also automatically target any entity owned 50% or more by one or more SDNs in the aggregate.  OFAC sanctions do not automatically target entities that are controlled by one or more SDNs where there is less than 50% SDN ownership, but OFAC “urges caution” when dealing with such entities, and has stated that such entities could be added to the SDN List in the future.

Removing these individuals and entities from the SDN List requires a Presidential report to Congress and an opportunity for Congress to hold hearings and consider a resolution approving or denying the President’s request. This may greatly hinder any efforts to modify or lift these new sanctions, even if, for example, one of the individual SDNs reduces or terminates his interest in one of the SDN-listed entities.

What do these new sanctions prohibit or penalize?

US persons (including US citizens, permanent residents, entities, and persons located in the United States) are now generally prohibited from direct or indirect dealings with these new SDNs (or any entity owned 50% or more by SDNs) and must block the SDNs’ property and interests in property. US persons also cannot facilitate (including approving, financing, or otherwise assisting with) activities the US persons could not enter into directly. Since these new sanctions target significant Russian investors and businesses, there is an increased likelihood that US persons may be impacted by these primary sanctions prohibitions. Those who may be most impacted include US persons who do business with or are now employed by or sit on the board of a Russian SDN or its affiliate. In response to such concerns, OFAC simultaneously issued General License 12, which authorizes (through June 4, 2018) certain transactions related to the wind down of operations or agreements with 12 of the new SDN entities, and General License 13, which authorizes (through May 6, 2018) certain dealings related to the divestment or transfer of debt, equity, or holdings in three of the new SDN entities to non-US persons.

OFAC has also stated in the guidance that US persons should avoid transactions with designated individuals, even if those designated individuals may be acting in their official capacities on behalf of non-blocked entities. Failure to heed this guidance has, for example, resulted in OFAC’s 2017 penalty against a US company that signed an agreement with a non-blocked company because the agreement bore the signature of the non-blocked company’s SDN CEO. Non-US persons may also face sanctions risk for conducting a significant transaction with a non-blocked entity if an SDN is personally involved and/or receives a personal benefit from the transaction.

In guidance from October 2017, reiterated in connection with these new sanctions, OFAC notes several factors that it considers (including the size, number, frequency, and nature of the transactions; the level of awareness; nexus to a blocked person; impact on statutory objectives; presence of deceptive practices; and the totality of the facts and circumstances) when determining whether a transaction is “significant” for secondary sanctions purposes. OFAC has stated, however, that a transaction by a non-US person is not “significant” if US persons would not require a specific license from OFAC to participate in it – for example, conducting the  activities authorized in General Licenses 12 and 13 (related to the wind down, divestment or transfer of debt) while those licenses remain in effect.

OFAC’s new guidance also marks a shift in tone by OFAC: the guidance acknowledges the potentially significant consequences of these Russian sanctions designations on non-US persons as a result of the secondary sanctions. At the same time, OFAC states in its guidance that the US government is committed to mitigating any unintended adverse consequences on allies. Although at the time of this briefing the European Union has not imposed sanctions against these Russian individuals and entities, it cannot be ruled out that the European Union and/or other jurisdictions may decide to do so in the future.


What does this mean for business related to Russian SDNs?

The potential impact of these new sanctions may depend greatly on further guidance issued by OFAC and the actions that businesses take in response to these new prohibitions and risks.

In addition to the direct prohibitions, perhaps the greatest potential impact of these sanctions on businesses could be a reluctance for businesses and international financial institutions to conduct continued or new dealings with these Russian SDNs, affiliates and related parties. A chilling effect on dealings related to these SDNs could result in these SDNs taking steps to divest themselves of ownership or control over other companies, in an attempt to mitigate the potential collateral consequences of the sanctions on those businesses.

Now would be a good time for companies that are doing business with Russian SDNs or their affiliates to take stock of sanctions-related commercial and financing undertakings and to consider negotiating sanctions-related exit provisions and termination rights in contracts in light of these new primary sanctions restrictions and secondary sanctions risks.

Our Global Sanctions and Trade team will continue to monitor sanctions on Russia and will provide additional updates on significant further developments.

Please contact any member of our Global Sanctions and Trade team if you have any questions or would like to discuss any of these points. 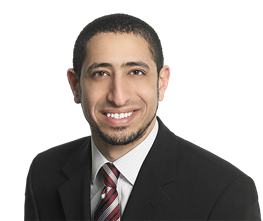 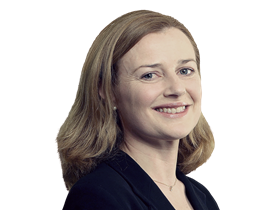