Arbitrators’ duties of disclosure in the spotlight

In 2020, we saw several cases in different jurisdictions addressing arbitrators’ duties to disclose potential conflicts. An increasingly pro-transparency approach seems to be emerging internationally; arbitrators are being held to high standards, which is likely to inform what is considered international best practice. We expect this trend to continue in 2021 and beyond, as national courts and annulment committees continue to refine the legal position on these issues and apply them to different fact patterns and contexts.

Three cases in 2020 illustrate this trend.

There were also a number of high-profile cases globally in which arbitrator challenges were dismissed and no breach of their duties found, but which nonetheless helped to clarify the expected scope of an arbitrator’s duties.

The precise test applied in each of these cases varied (eg with the Sao Paulo court applying a subjective test as  to whether the non-common party’s ‘trust had been breached’; the ICSID committees considering whether  there had been a ‘serious departure from a fundamental rule of procedure’; and the UK Supreme Court considering how the objective ‘fair-minded and informed observer’ would assess the facts). But there was a common thread to all these cases.

Following these cases, in 2021 we expect to see heightened vigilance in relation to disclosure – both when the tribunal is being constituted and on a continuing basis. Arbitrators, parties and counsel will be expected to heed the warnings from these decisions and take all possible steps to avoid being caught up in similar challenges.

There remain some open questions as to the extent to which an arbitrator (or parties and counsel) is required to conduct due diligence to find out disclosable facts, and as to what facts should be considered disclosable   at all. There also remain some uncertainties as to how arbitrators should navigate their competing duties of disclosure, confidentiality and privacy – though the Halliburton decision provides some guidance on this for UK arbitrations.

We expect that the Red, Orange and Green lists in the International Bar Association Guidelines on Conflicts of Interest in International Arbitration will continue to serve as a practical guide as to what is appropriate. However, the Eiser case will serve as a warning that those lists (which did not cover the scenario that arose in that case) cannot be seen as exhaustive and that arbitrators and parties must be pro-active in thinking about what scenarios could give rise to an appearance of bias and/or require disclosure. Arbitrators and parties should also be guided by relevant institutional rules, where applicable, which generally contain their own requirements as to what circumstances must be disclosed, often using a subjective rather than an objective test.

Despite this trend, we anticipate that successful challenges sufficient to justify an arbitrator’s removal or an award’s annulment will remain rare in practice. National courts and annulment committees will be keen to ensure that the heightened focus on arbitrators’ duties is not abused by parties looking to secure a tactical advantage, if only by delaying the arbitral process. We expect that most courts will continue to deal with unmeritorious challenges robustly, especially in circumstances where timely disclosures have already been made.

In our view, parties and their advisers should not be unduly concerned about potential challenges and should continue to see the selection of appropriately qualified tribunals and the finality of their awards as key benefits of arbitration. They should, however, ensure that appropriate due diligence has been undertaken, so as to avoid undisclosed circumstances coming to light and possibly derailing the arbitration down the line.

This trend does not necessarily mean that parties need to make different decisions about who they appoint to their tribunals – there remains a benefit to appointing experienced arbitrators with relevant sector expertise. We do not foresee a trend towards the appointment of arbitrators isolated from the wider arbitration community and uninvolved with other arbitrations, even in the same industry sector – as long as adequate and timely disclosures are made.

As observed by Jackie van Haersolte-van Hof, Director General of the LCIA, in the Queen Mary and Freshfields Arbitration Lecture, delivered in December 2020:

‘[L]imiting exposure by limiting overlap may appear attractive but is it right? Do we want arbitrators sitting in ivory towers...? Institutionalising the role of arbitrators risks doing damage to the very system we are trying to protect, with flexible procedures, experienced decision-makers (including with sector expertise) and selected on an inclusive basis.’ 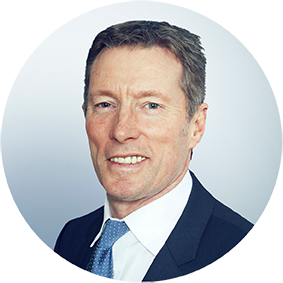 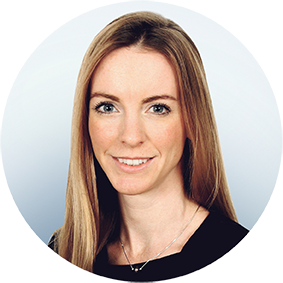