Arbitration in the EU and UK: a changing landscape

Two major developments will affect the arbitration landscape in the EU and UK in 2021: the UK’s formal departure from the EU on 31 December 2020, and the agreement signed by 23 EU Member States terminating all intra-EU bilateral investment treaties (BITs) to which they are a party. In this trend, we explore what these developments mean in practice for the international arbitration community and our clients involved in arbitration in Europe.

On 31 December 2020, the transition period set out in the EU–UK Withdrawal Agreement came to an end, marking the start of a new chapter in the relationship between the EU and the UK. A last-minute trade deal was reached, the main aspects of which are embodied in the EU–UK Trade and Cooperation Agreement, which entered into force provisionally on 1 January 2021 (the Cooperation Agreement).

For those concerned about the recognition and enforcement of UK court judgments in EU Member States and vice versa, the Cooperation Agreement does not deal with this issue. The Recast Brussels Regulation ceased to apply to the UK at the end of the transition period, and the EU and UK have not negotiated any alternative regime to replace it. In April 2020, the UK formally requested accession to the Lugano Convention, which provides a framework for enforcing court judgments and to which the EU is a party (and Iceland, Norway and Switzerland), but the EU has not yet consented to the UK’s accession and it remains uncertain whether the EU will do so.

Although the UK and Norway entered into a bilateral agreement to maintain reciprocal recognition and enforcement of court judgments after the UK’s departure from the EU, for the time being at least, the only treaty framework for enforcing court judgments as between the rest of the EU and the UK is the 2005 Hague Choice of Court Agreements Convention (Hague Convention), to which the UK acceded in its own right on 1 January 2021. However, the Hague Convention is limited in scope to court proceedings brought pursuant to exclusive jurisdiction clauses, and to final judgments in such proceedings. Contracts with non-exclusive jurisdiction clauses or sole option clauses, and an order for interim relief are not protected under the Hague Convention. In these situations, parties will have to rely on any framework under local law in the country of enforcement, which may result in delay and additional hurdles or roadblocks in certain EU Member States.

In the meantime, parties who are concerned about the future framework for enforcing UK court judgments in the EU or vice versa may wish to consider opting for arbitration. The UK’s departure from the EU will have no impact on the enforcement of arbitral awards: they will continue to be enforced in the same way under the New York Convention. In particular, as an alternative to litigating in the UK courts, parties may opt for arbitration seated in London. We expect that this will only enhance London’s standing as one of the most popular seats for international arbitration.

The UK’s future trading relationship with the EU will be governed by the Cooperation Agreement. This has limited substantive investor protections and a higher threshold to qualify as a protected investor, and there is no investor-State dispute settlement (ISDS) mechanism for investors to rely on directly. The dispute settlement provisions are restricted to a WTO-style arbitration between the UK and the EU.

With respect to the UK’s other trading arrangements, the UK is no longer party to the EU’s free trade agreements (FTAs) and other international investment agreements (IIAs), such as CETA. The UK has made some progress in entering into new trade agreements to fill this gap, and we expect the UK to conclude more IIAs during 2021. Questions remain as to the extent of investor protection that will be available in such agreements. The new UK–Japan trade agreement, for example, like the EU–Japan agreement on which it was based, lacks any ISDS provision.

For all other countries without trade deals in place, trading will take place on WTO terms and the government has put in place a UK global tariff that will apply in such cases.

With respect to the UK’s IIAs, investors will still be able to rely on the UK’s extensive portfolio of BITs for protection. The UK’s departure from the EU also means that there will be strong grounds for arguing that the UK’s BITs  with EU Member States should no longer be classified as intra-EU BITs for the purpose of the Achmea decision and the termination agreement recently signed by EU Member States discussed in detail below. 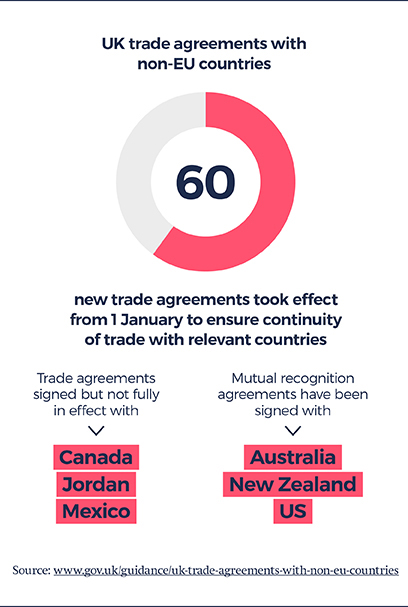 As the UK and the EU start a new chapter in their relationship, users of arbitration can be assured that the UK’s departure from the EU will have no impact on the enforcement of arbitral awards as between the UK and EU Member States under the New York Convention. In addition, investors should continue to enjoy the protection of BITs between the UK and EU Member States, which are likely to remain in place after all intra-EU BITs are terminated in response to the ECJ’s decision in Achmea.

As predicted in past editions of our top trends publication, parties have continued to raise jurisdictional objections based on the 2018 Achmea decision, but without success. The European States’ 2019 declaration in support of the Achmea decision has also received little support from arbitral tribunals, which have ruled overwhelmingly that they do not consider themselves to be bound by it.

Following the European States’ 2019 declaration, 23 Member States signed an agreement terminating their intra-EU BITs (the Agreement) in May 2020. (Austria, Finland, Sweden, the UK and Ireland did not sign; Ireland did not need to sign, having already terminated its only intra-EU BIT.)

With immediate effect upon its entry into force (which takes place 30 days after ratification), the Agreement terminates 132 intra-EU BITs, including their sunset clauses, and 11 sunset clauses of intra-EU BITs that were terminated before the Agreement was signed. To date, the Agreement has entered into force for Bulgaria, Denmark, Croatia, Cyprus, Hungary, Malta and Slovakia. Spain also agreed to provisional application of the Agreement from 11 August 2020. There has been some academic discussion as to whether a State can terminate a sunset clause under a BIT. Investors may argue that such rights cannot be unilaterally revoked. The alternative view is that States have the power to vary and terminate treaties by mutual agreement in whatever way they wish, including sunset clauses. To date, this issue has not been tested in practice.

The Agreement also requires signatory States to inform tribunals in pending intra-EU arbitrations of the impact of Achmea on their jurisdiction, and to take steps to facilitate the termination of such arbitrations and related enforcement proceedings. Investors currently involved in pending intra-EU BIT disputes should therefore start planning their responses to such steps by respondent States. Although specific responses will have to be determined on a case-by-case basis, strategic considerations could include one or more of: (i) new proceedings under non-intra-EU BITs where available; (ii) commercial arbitration under an applicable contract; (iii) local court litigation; and/or (iv) negotiated settlements.

Notably, the Agreement does not cover intra-EU proceedings based on the Energy Charter Treaty (ECT), which are to be addressed at a later stage. This decision may be connected to the ongoing process to modernise the ECT, which the EU started in April 2020. However, Belgium is seeking an opinion from the European Court of Justice (ECJ) on whether the ISDS provisions in the draft modernised ECT are compliant with EU law. The question arises because the draft modernised ECT could be interpreted as permitting claims by an investor from one EU Member State against another EU Member State. The ECJ has not yet opined on the question of Achmea’s application to the ECT, and to date arbitral tribunals have overwhelmingly accepted their jurisdiction in respect of ECT-based claims notwithstanding the Achmea decision. 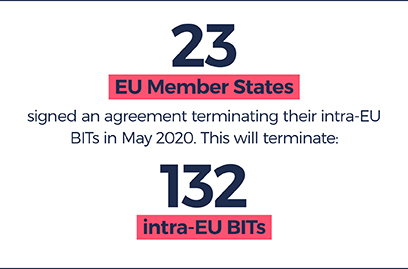 If the ECJ finds that the draft modernised ECT’s investment protection provisions are incompatible with EU law for intra-EU disputes, investors may face additional legal hurdles in terms of jurisdiction and the enforcement of arbitral awards when bringing intra-EU claims under the current ECT. Therefore, investors seeking to safeguard their rights under international investment law will be trying to restructure their investments to secure the benefit of non-intra-EU BITs (eg through the UK), or conclude arbitration agreements directly with host States to secure their access to arbitration. 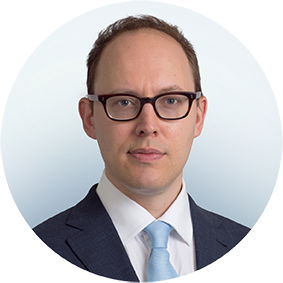 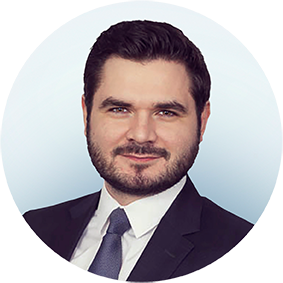