We are continuing to see opportunities for financial sponsors in the Israeli market.

The number of transactions will inevitably be limited by the size of the Israeli economy, and deal activity will likely continue to be weighted towards mid-sized and smaller deals. As we discuss below, we expect these deals will be fairly bespoke, each requiring investors to deal with a specific set of challenges. Nonetheless, we believe that growing local acquaintance with private equity and other factors will support continued growth in Israeli financial sponsor transactions, including for medium and large-scale private equity funds.

Growing prestige of private equity in the local market

Private equity has benefited from a higher (and positive) profile in Israel over recent years. A number of factors underlie this trend, including:

Management teams and boards of directors of Israeli companies are becoming increasingly familiar with private equity transactions. Similarly, as increasing numbers of private equity funds look closely at Israel, either through local representative offices, contracted ‘finders’ or dedicated Israel teams, they are coming across opportunities that previously would have been missed and are attracting more of their peers to the market.

Certain characteristics of the Israeli economy and its common forms of corporate ownership make it well suited to private equity investment. In particular, holding structures with a single controlling shareholder facilitate the acquisition of control.

Many family-founded and operated businesses continue to be controlled by the original family – a structure somewhat similar to that frequently found among Germany’s mittelstand. Likewise, as traditional kibbutz industries have grown in recent years, they have found private equity financing to be an amenable path towards growth while maintaining organic ownership and management.

Given this framework and the features of Israeli takeover and stock exchange regulation, financial sponsors enjoy the freedom to craft transaction structures suited to the specific investment opportunity, including partnering with the current owners, continuing a public listing or taking the company private. The Israeli market boasts a highly developed legal sector which is rapidly becoming more familiar with private equity transactions and a fair amount of case law that looks to the Delaware Court of Chancery as a guiding light in business law cases. In most instances, when there are two willing parties, deal technology exists to get transactions completed with reasonable certainty.

An abundance of technology deals

Many commentators have noted the uptick in recent years in private equity’s appetite for technology deals. For example, earlier this year, the Financial Times reported that over the 12 months leading up to January 2019, 75 per cent of the buyers of $100m+ technology companies have been PE firms.

With a bevy of quickly growing technology companies, the “Start-Up Nation” is well-positioned to attract a lot of attention in this technology-focused environment. Many of the world’s leading venture capital investors have been focused on the Israeli market for a number of years now, and many of their portfolio companies are now maturing towards exit transactions.

Barriers to entry for local players

While, as discussed below, Israeli deals can be highly competitive, thankfully for international private equity buyers, due to a number of legal and financial trends, Israeli investors may often be prohibited or disinterested in competing on local deals. In December 2013, the Israeli Parliament, or Knesset, passed the Law for Promotion of Competition and Reduction of Concentration. The law was aimed at curbing a perceived over-concentration of power in the Israeli economy, which for years had been dominated by a number of far reaching conglomerates. Among the key provisions in the statute were fundamental structural reforms, including prohibiting cross-ownership of significant financial and non-financial entities, limiting pyramid structures to two tiers and restricting the aggregate amount of credit an Israeli lender can offer across related companies. The impact of this legislation has been to bar entry to local players in many of the opportunities that have arisen recently. Thus, for example, the controlling shareholder of a significant financial entity could not acquire control in a significant non-financial entity that comes up for sale.

Likewise, there has been in recent years a growing populist movement that, at least in part, has contributed to a marked trend of Israeli wealth moving abroad. Whether it be to escape these growing headwinds, or simply to diversify risk, many of Israel’s wealthiest investors have been increasingly diversifying their interests outside the country. The result for foreign investors is that it may in some circumstances be easier to acquire a business without a line of local investors hoping to step into the current owner’s shoes.

Israeli institutional investors are sitting on a wealth of steadily building cash due to legislatively-mandated savings plans. These investors are increasingly looking for big ticket transactions to finance. Particularly where a target’s assets are primarily located in Israel, these local investors can often finance a deal at cheaper cost than international bank financing.

One wrinkle for international financial sponsors to be aware of is that pushing acquisition debt down to the target may be complicated by the prohibition under Israeli corporate law on financial assistance. Nonetheless, in our experience, with proper planning leveraged transactions can be successfully financed on commercial terms and timelines.

All of this is not to say that we see only clear sailing ahead. On the contrary private equity players looking at Israel for the first time should bear in mind several potential pitfalls.

Many Israeli business owners harbour excessively optimistic views of the value of their businesses. In many public company processes, our buy-side clients are told by selling shareholders that ‘the stock market simply doesn’t understand us’ or ‘the market is mispricing us,’ sometimes by as much as 300 per cent. And most of these shareholders genuinely believe what he or she is saying. This sort of attitude often leads to an insurmountable gap in pricing. That said, effective negotiation strategies, including building personal relationships between principals and employing appropriate deal technologies such as earnouts and other price adjustments, can sometimes overcome this challenge.

Several home-grown Israeli private equity funds have exhibited considerable and sustained success and are increasingly vying for the sorts of bigger deals that would in the past primarily have been of interest to foreign funds and/or their portfolio companies. As discussed above, this factor also has a positive flip side: the increasing prominence of the local financial buyers has helped pave the way for foreign private equity funds to enter the market. In some instances, the development of these local players may provide opportunities for teaming with a local player.

Likewise, with many global corporates having acquired Israeli businesses in recent years, we are increasingly seeing sell-side advisers able to attract strategic buyers to compete against private equity bidders. One exception to this danger is that companies that operate primarily within the domestic Israeli market tend to be of less interest to large international strategic players due to the limited size of the market.

Of course, private equity investors also tend to be less interested in these kinds of targets. But occasionally, interesting domestic businesses can attract the right type of financial sponsor investor without arousing interest in strategic multinationals – eg, financial institutions, infrastructure and other local businesses that may be ripe for more adept management and/or financial restructuring.

Shareholder disagreements and the need for agreed exit planning

In our experience, teaming with a local Israeli partner can sometimes provide a global financial sponsor bidder with a significant advantage both in winning a competitive auction and in managing a portfolio company. As with any business partnership, the relationship between a global financial sponsor and its Israeli partner will inevitably be tried and tested as the partners run their business in real time. In particular, exit events can severely test these relationships as their outcome is of obvious importance to both parties. In our experience, in Israel, as in other markets, it is critical at the outset to set clear rules governing the shareholder relationship and providing for efficient and fair dispute resolution terms. Above all, it is critical for partners to share a relationship of trust. Moreover, not only should an investment fund seek to establish these criteria at the outset, it should monitor its co-investor relationship on an ongoing basis to ensure investment goals and exit horizons continue to be aligned.

These and other dangers – including corruption risks, Israel’s geopolitical situation and local regulatory bureaucracy – need to be taken into account by financial sponsors looking to invest in Israel.

We believe that recent trends point to growing opportunities for private equity investments in Israel, including with respect to larger deals. With these opportunities come challenges, each with its own Israeli market twist. In our experience, the most important factors in dealing with these challenges and successfully investing into Israel are finding the right local partners and advisers for the specific transaction; investing time and resources to understand the complexities, risks and potential upsides around the deal; and diligently following through on post-transaction value enhancement of the target. Deals into Israel will not be friction-free, but with these ingredients, we expect private equity investors will find rewarding opportunities. 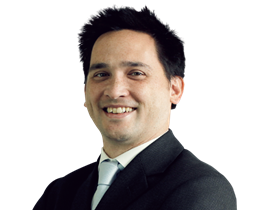 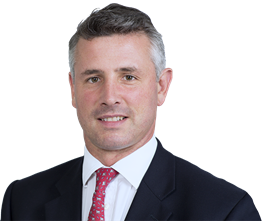 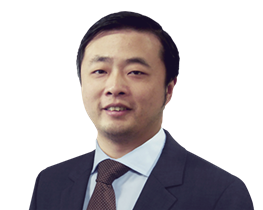